Many companies now are recognising we all have unconscious bias when we hire people. Even journalists are recognising they cannot write anything without bias (check out what they teach at Stanford about bias). It seems its time for church groups to start looking at how implicit bias might be impacting our ministries.

1) Your bias might effect where you choose to plant.
Even though you might think you're objectively being strategic, or even lead by God,  subconsincously bias will be kicking in. So, think about how bias plays a part. Ask people from other cultures to weigh in on your decision.

2) Your bias could give your group a majority culture, which leads to:
a) subconsciously hiring people who are like you.
b) having micro-behaviours that are hindering diversity and love.
c) having a slight aversion to people from other cultures, but not even aware of this.
d) disempowering people different to you. e.g. If you want to plant in a working class area, but have a large middle class team, chances are that working class people will think, 'These middle class people know what they're doing, they can do a better job than me, I'll sit back and let them do their thing.' In this case bias leads to a monocultural team as well as the other culture's response to that team.

3) Your bias could affect your preaching:
If you want to preach to working class people, bear in mind they may well have unconscious bias towards middle class preaching. You have to work hard to counter that. This work may involve improving your preaching, but also getting a more diverse group of preachers. In all the consultancy work I've done, this has been the most resistant thing to change. Many preachers sadly don't want to change their preaching style to appeal to the lower classes.

4) Your bias could hinder you understanding God's word.
If you want to avoid a myopic white middle class theology, you need different types of people involved in theologising. This is one of the reasons why I developed the Urban Ministry Program, rather than encouraging people to do an already established white middle class theology program. Its the only course I know of that teaches how to get different cultures theologising together.

5) Your bias could be hurting people you work with.
Implicit bias leads to micro behaviours and aggressions. Good counsellors, knowing that certain types of people rub them wrong way, try to prepare their hearts before meeting.  Let's follow their example.

6) Your sympathy to the lower classes doesn't exclude you from bias.
Sometimes its harder to persuade cross cultural missionaries of their biases. They can wrongly assume their limited experience of your culture means they don't have bias.


7) Your education can make you more biased than the uneducated.
I recently read a snippet from Mark Maynell's Wilderness of Mirrors where he writes that the educated are more susceptible to propaganda whilst thinking they are immune. 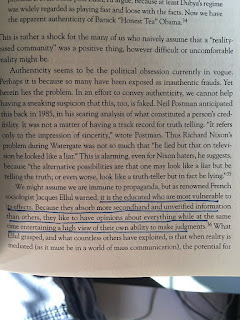 What's the solution?
We need a deeper understanding of justification by faith. This is necessary, so that we can be honest with ourselves, and admit bias. We need in our teams to be able to admit to bias. Then, from that position, we can start to check our biases, to see how they are playing out. Then, with a secure identity in who we are in Christ, we can ask brothers from other cultures, 'What micro behaviours do you think I'm giving off?'
From this position, we can then work in more diverse groups, and allow our brothers and sisters from different social groups to have an equal seat at the table where we can theologise together, and love one another better
Posted by Duncan Forbes at 12:36 PM