Faith is more valuable than we value (Faith and Trials)

We all have things that are important to us, relationships, housing, health, jobs, money etc. These are things we value, and might want to see grow. But these one thing that we often undervalue and even ignore, and its 'faith'.

Faith is trusting in God. Its such a valuable thing, but we probably don't value it enough. Spurgeon once explained how valuable faith is to God,

Our Lord in his infinite wisdom and superabundant love, sets so high a value upon his people’s faith that he will not screen them from those trials by which faith is strengthened. (Charles H. Spurgeon, Morning and Evening: Daily Readings, Complete and unabridged; New modern edition. (Peabody, MA: Hendrickson Publishers, 2006), Sept 3rd pm reading).


Here Spurgeon is saying that because God values faith so much, God won't stop us experiencing trials that strengthen our faith. Then he goes on to say,

You would never have possessed the precious faith which now supports you if the trial of your faith had not been like unto fire.


Its so true isn't it? I can look back over the last two tough years and say that my faith in God is so much stronger as a result. When you feel the fire of pain, you have nowhere to run except God. As God stands with you in the fire (Dan 3:24-25), your trust in him is strengthened. You can never be the same after it. You know that when the next fire comes he'll be right there with you.


'In all this you greatly rejoice, though now for a little while you may have had to suffer grief in all kinds of trials. These have come so that the proven genuineness of your faith—of greater worth than gold, which perishes even though refined by fire—may result in praise, glory and honor when Jesus Christ is revealed.' 1 Pet 1:6-7

Posted by Duncan Forbes at 1:24 AM 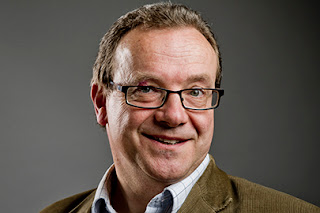 In 2016 this blog's most read post was Prayers for the Grieving1: Close to the Broken-hearted

I'm so encouraged that this was a popular post because IMHO grieving is...

1. Grieving is a topic that us British Christians are not very good at.

2. Grieving is something we haven't written much about in comparison to how much the Bible talks about it, and how much we experience losses in this life.

3. Grieving is something many of us struggle to know how to do well.

4. Grieving is something many of us struggle to help others do well.

5. Grieving is something that in my experience, non-Christians on housing estates are better at talking about than Christians.

As we think back on 2016, I'm sure many of us have losses to grieve. I hope we can all talk to God and others about these things as we count the losses of living in a fallen world.

For more thoughts on grief, please see this post:

or check out the grief label on the right

Posted by Duncan Forbes at 6:00 AM